We are delighted to announce the keynote speakers for the ACAL 2017 National Conference in Darwin. These speakers bring their collective experience working across many continents and diverse domains. Keynotes will canvas issues as varied as the economics of education, critical engagements with diversity, the informal sector of provision and labor studies arrangements as they shape requirements for work and citizenship.

Scroll down for other speakers and videos

‘Literacy in the Time of Decoloniality: New Critical Capacities’ 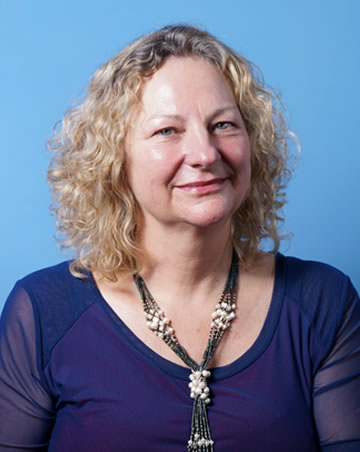 Professor Melissa Steyn holds the South African National Research Chair in Critical Diversity Studies and is Director of the Wits Centre for Diversity Studies at the University of the Witwatersrand, Johannesburg, South Africa. Her Critical Diversity Literacy framework outlines key capacities for living conscientiously in a world increasingly characterised by being different, together. It involves a set of ‘reading practices’ – a way of perceiving and responding to the social climate and prevalent structures of oppression.

Literacy is generally understood to involve capacitating a person to access symbolic systems — know-how needed to make informed decisions within the complex environments of the contemporary world. The concept has been extended to move beyond decoding text, to being competent in a whole host of knowledge systems, including, for example, computer literacy, media literacy, visual literacy, mathematical literacy, economic literacy, academic literacy and many more. Generally, it is very clear who “has” such literacy and who needs to acquire it, and often this is aligned with the cultural, social and political fault lines established through the modern-colonial order. I will be arguing that the Decolonial turn in social theory has major implications for practice and alerts us to the need for Critical Diversity Literacy, which involves the capacity to “read,” or “see through” assumptions underpinning social relations established through the power relations of Coloniality. Such a “reading” practice is essential for all of us, but may be particularly pertinent for those engaged in the socially complex contexts in which Adult Literacy Education occurs. 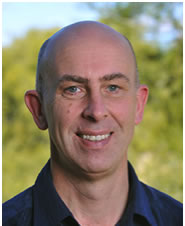 Dr John Guenther is the Research Leader Education and Training, with Batchelor Institute of Indigenous Tertiary Education. Over the last 14 years John has conducted research and evaluation projects which have focused on remote contexts, particularly in the Northern Territory of Australia. A recurring theme in all his work is the importance of learning for adults, young people and children. His interests include education systems and their impact on learning and understanding the interface between cultures in the ‘red dirt’ context of schooling in remote communities. John uses mixed methods approaches where the powerful combination of qualitative and quantitative data can be used for transformative purposes.

‘Red dirt thinking’ was a term coined by researchers working on the Cooperative Research Centre for Remote Economic Participation’s (CRC-REP) Remote Education Systems (RES) project. The researchers, who were particularly interested in remote schools, asked: “What would education look like if it was grounded in the red dirt context of remote parts of Australia?” Red dirt is a powerful metaphor that reflects the landscapes of most parts of remote Australia and captures something about the wide open possibilities of thinking from within the places where many Aboriginal and Torres Strait Islander people live. Red dirt thinking challenges the assumptions that underpin system thinking as it is often applied to remote Australia; encourages those who live in remote Australia to have a voice and be heard; and, demands respectful engagement between non-Indigenous and Aboriginal and Torres Strait Islander people, such that local ways of being, knowing, believing and valuing are intrinsically valued. Red dirt thinking challenges generalised notions of deficit and disadvantage while supporting strengths and aspirations of those who live in red dirt communities. In this keynote John Guenther will explore how red dirt thinking might be applied to adult learning in the Northern Territory, by revisiting past policies and interventions. As we take time to hear the voices of remote Aboriginal and Torres Strait Islander adult learning stakeholders who experienced these initiatives, it will become clearer, as it was for researchers in the RES project, what might need to change about our current approaches to education.

‘Can technology erase poor literacy and numeracy levels from the global South?’ 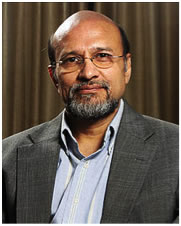 Professor Santosh Mehrotra is a Professor of Economics and human development economist, whose research and writings have had most influence in the areas of labour, employment, skills development, child poverty, and the economics of education. Following an MA in Economics (New School for Social Research, New York) and a PhD (Cambridge University), Santosh was appointed Associate Professor of Economics at Jawaharlal Nehru University (1988-1991). He spent 15 years in research positions within the United Nations, heading UNICEF’s global research programme at the Innocenti Research Centre, Florence, and as Chief Economist of the global Human Development Report (2002–2005). He was Director General of the National Institute of Labour Economics Research, Planning Commission – India (2009-2014).

India has the largest population in the world which cannot read or write even a sentence, nearly 300 million people. Some 47 per cent of Australia’s population is said to be not functionally literate, while in the UK some 20% of the adult population had low levels of functional literacy. We know how devastating the effects are on the lives of individuals and nations – and yet the paradox is that there is not yet enough recognition of this issue in policy circles, in both developed and developing countries. Poor literacy and numeracy skills reduce earnings and the likelihood of being in employment, even when individuals have good formal qualifications. Low literacy and numeracy make it more likely that the work will be in informal employment rather than formal work. It is not therefore surprising that a 1% increase in a country’s score on the international test for adult literacy is associated with an eventual 2.5% relative rise in labour productivity and 1.5% rise in Gross Domestic Product per capita. We also know that parents, especially mothers, make more use of information and reproductive health care facilities if they are more educated. That’s why more widespread education is associated with lower fertility and better nutritional and health care is provided by educated parents for themselves and their children. The general knowledge required at school increases the understanding of modern health practices and scientific beliefs which make mothers and fathers more open to using healthcare centres. There are also feedback loops from these educational outcomes. For example, the improved health status of a child improves the ability to learn just as improved nutritional status does. Similarly, the effect of education on family size in turn has other benefits: the reduced family size improves the chances of a poor family being able to afford education for all the children rather than merely the boys in the family. Given all these research based facts it is not surprising that adult literacy is associated with a 1.5% rise in GDP per capita. And yet adult literacy has barely improved globally since 2000. My lecture will deal with two sets of issues. First, I will attempt to explain the possible reasons for this limited progress in adult literacy. Second, I will examine some successful cases and some not so successful cases of improved adult literacy in different countries in the global south. The presentation will close by exploring the potential for the use of technology and mobile telephone in order to fill the still gaping hole in adult literacy globally.